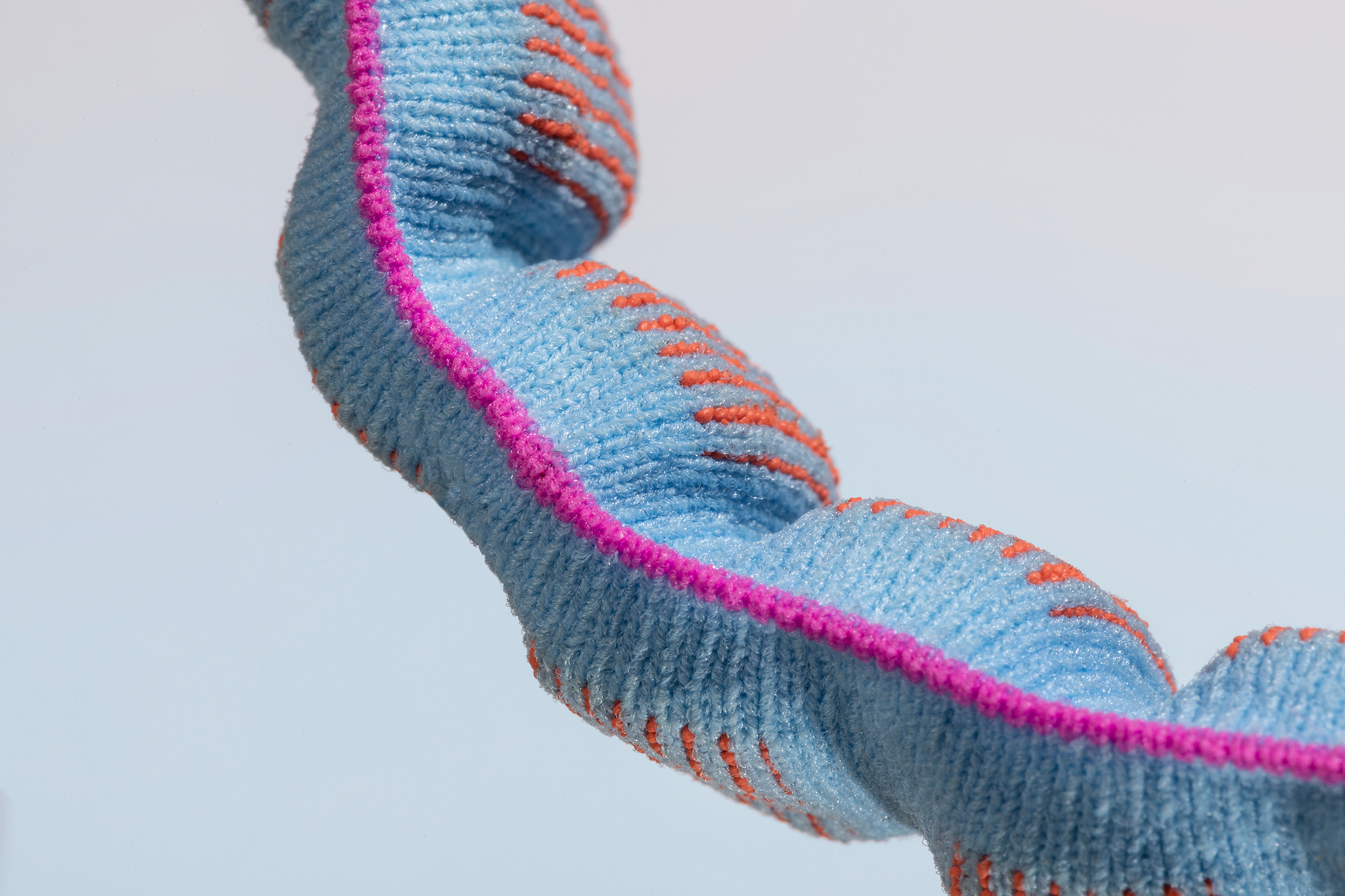 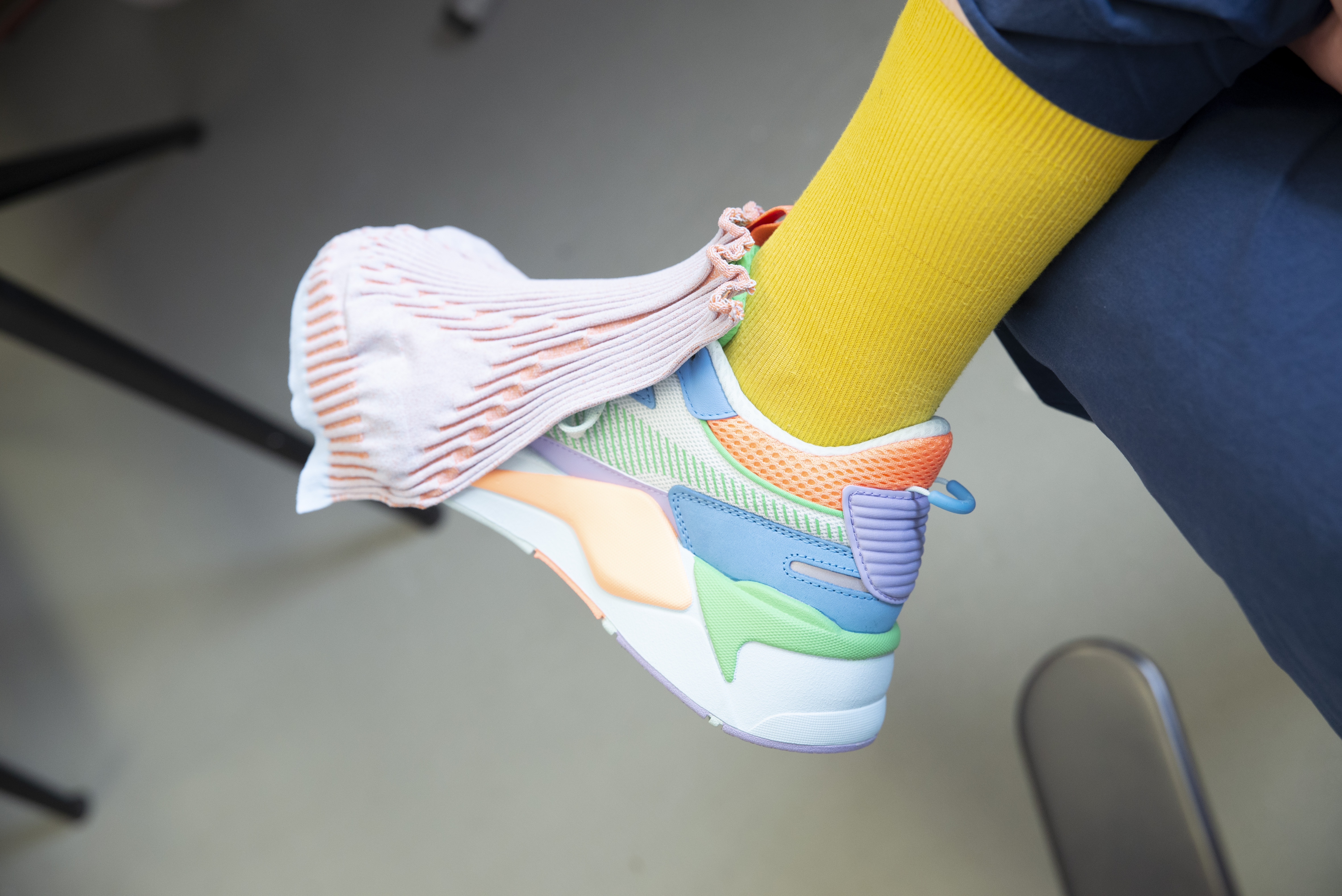 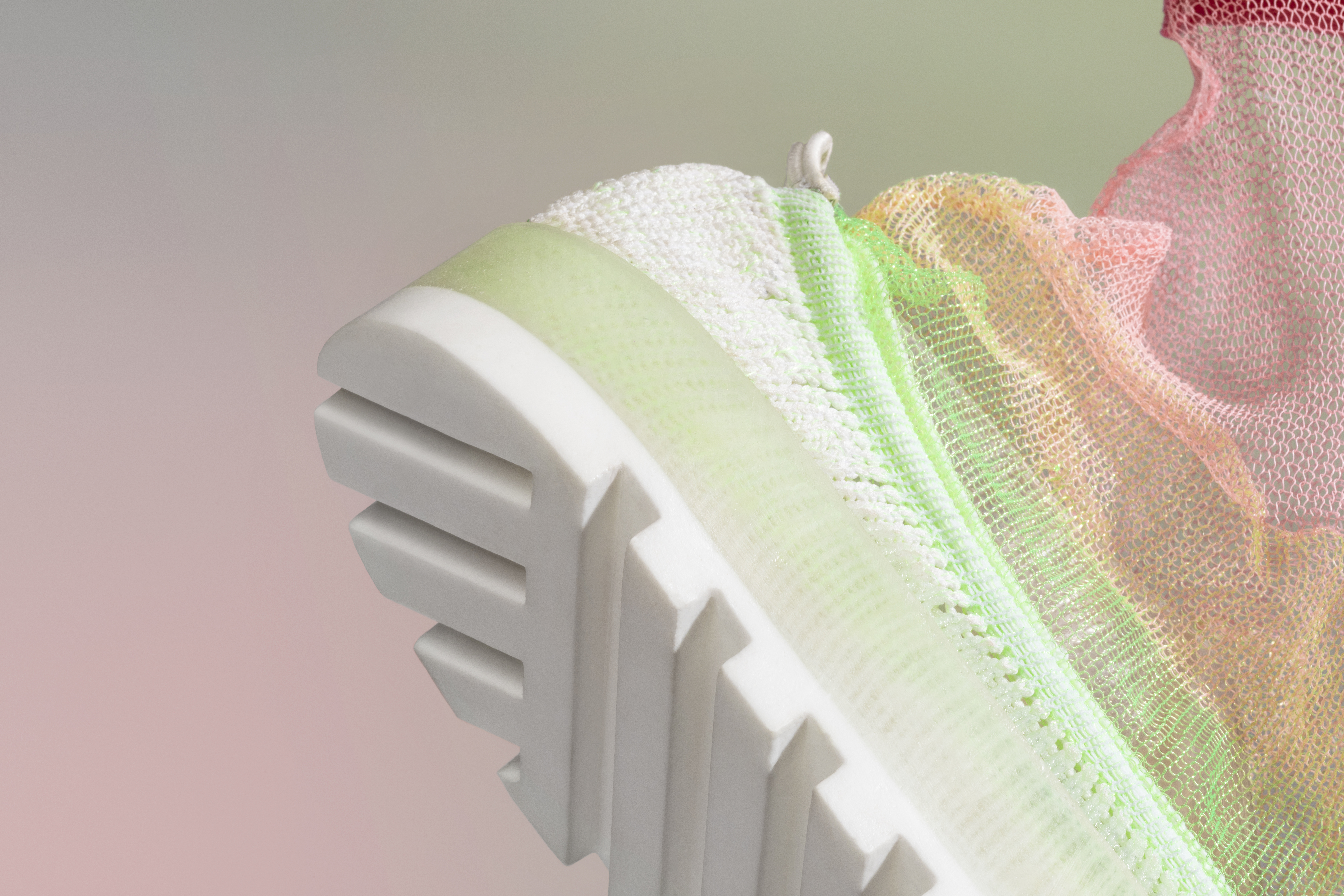 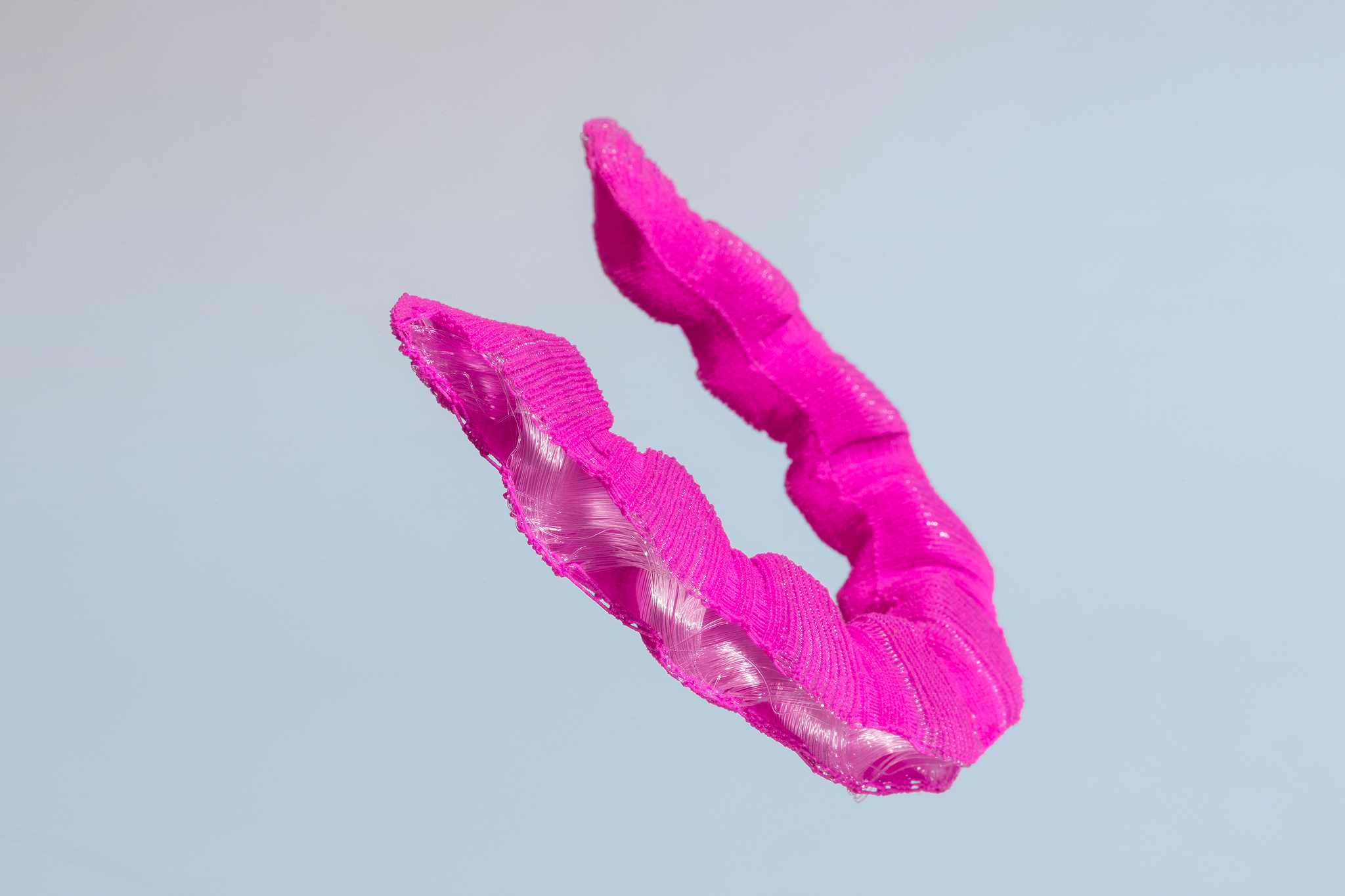 Suzanne Oude Hengel is a knit developer, technician, and designer specialising in footwear, who recently founded knit development studio, Knit in Motion [KiM]. Both at KiM and in her personal research, she strives to recontextualise knitting and use it as a tool to solve problems primarily around footwear construction and manufacturing methods.

Since 2016, she has worked with brands such as, Rothy's and On Running and participated in numerous collaborations between industries, including Timberland Construct 10061 and Takashi Murakami x Complexcon "Sneakers for Breakfast".

Growing up in a variety of locations such as India, Bhutan, and France, shaped who she is as a designer and influenced her unique use of colour. A fascination with materials and play has fuelled her approach to textile and material design since studying Product Design at ArtEZ University of the Arts, Arnhem [2015]. It was there that she first saw potential in the ways in which knitted textiles could be applied to footwear. Her inquisitive outlook has always led her to question, research, and push boundaries.

The Santoni Pioneer Project [2016] and working as a technician at the TextielMuseum [2018-2021] are notable benchmarks in her journey so far. Through these key opportunities, she was able to explore her unique perspectives and gain more technical expertise by programming and operating the latest knitting technologies. As a result, she has adopted a hybrid approach to knit development where she is designer, knit engineer and product developer.

This unique way of working combined with her seven years in the knitting industry carries over to KiM, where experimentation is balanced by technical skills to innovate, explore, and push the boundaries of machines and materials beyond their intended uses. 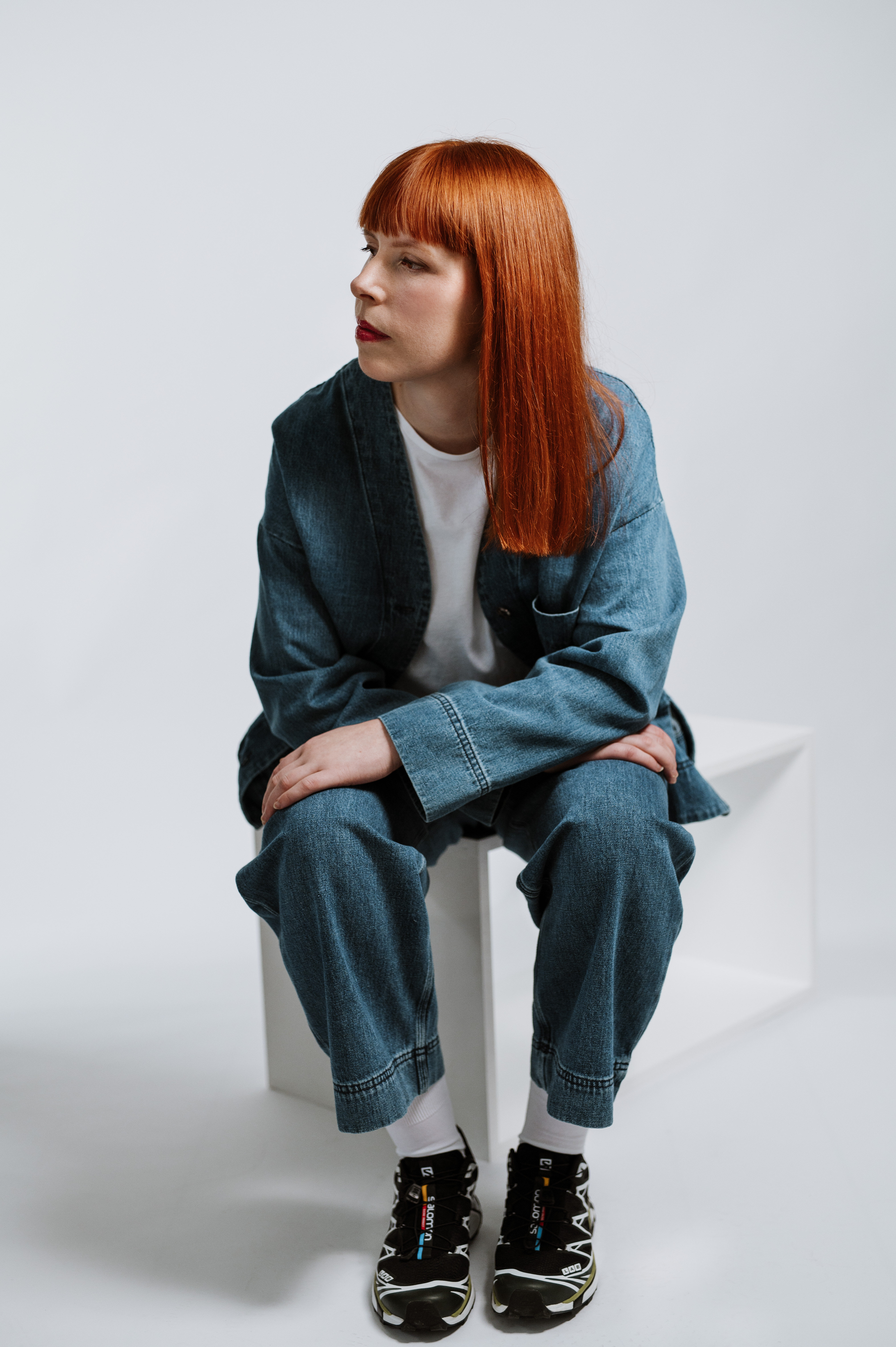 2020
ConceptKicks | The Journey So Far

Westervoortsedijk 73 HE
6827 AV Arnhem
The Netherlands